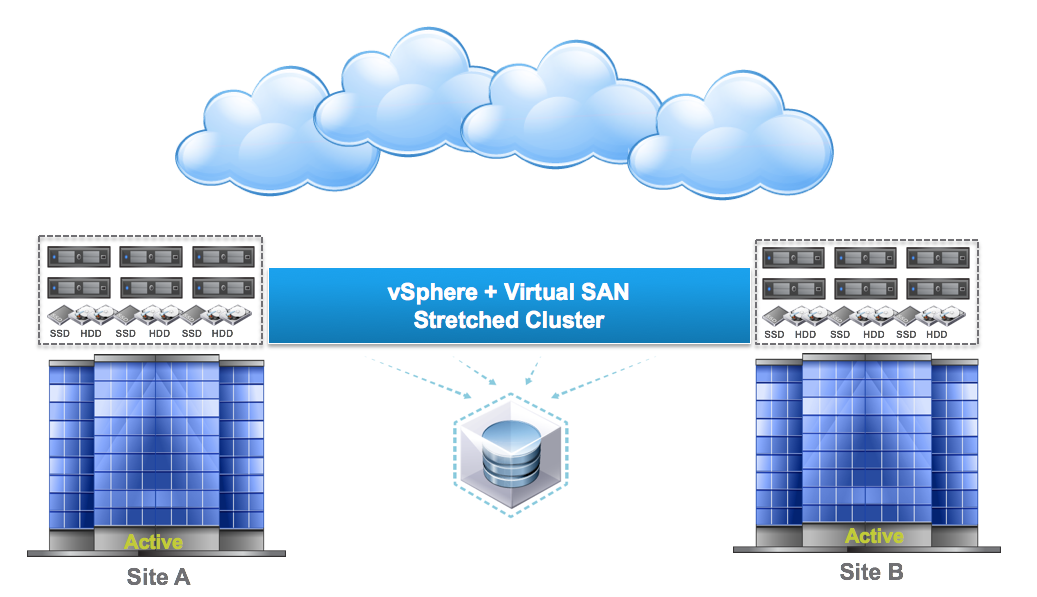 2) Read locality: The regular cluster does read operations in a round robin pattern across the mirrored copies of an object. The stretched cluster does all reads from the single object copy available at the local site.

3) Failure: In the event of any failure, recovery traffic needs to originate from the remote site, which has the only mirrored copy of the object. Hence, all recovery traffic traverses the inter-site link. In addition, since the local copy of the object on a failed node is degraded, all reads to that object are redirected to the remote copy across the inter-site link. 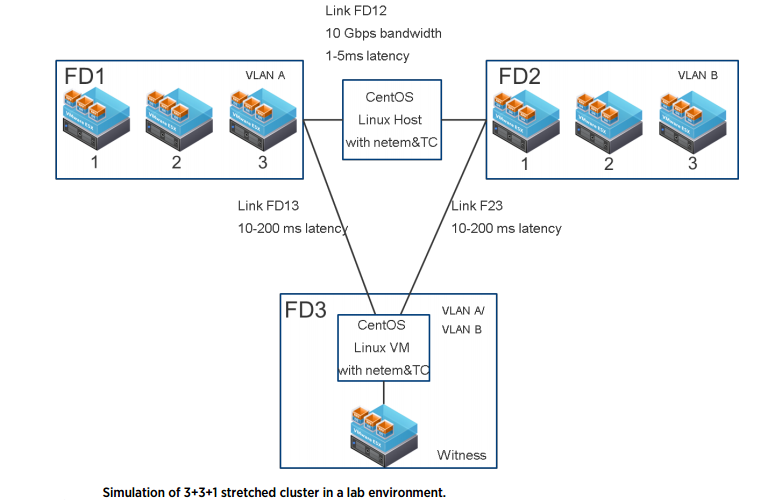 Impact of Inter-Site Latency and Bandwidth

In the event of site failure, all virtual machines start running on one site. Therefore CPU, memory, and cache resources must be overprovisioned to accommodate the failure event. Customers who require sustaining performance during site failure must ensure the admission control policy in vSphere HA is set so that the site resource utilization does not exceed 50%.

A higher value of DOMResyncDelayMultiplier delays recovery traffic, making the recovery process longer but less intrusive to virtual machine I/O traffic. Caution must be exercised while changing this flag because higher values may make recovery very time consuming. Similarly, a lower value may make recovery traffic very disruptive. There could be extreme failure scenarios such as disk group failure (caused by SSD failure). Such a failure could cause a heavy volume of recovery traffic because of a large volume of data objects in the failed disk group; these objects now need to be backed up. HDD performance is on the critical path of these scenarios. Therefore, if such failure scenarios are foreseen, one remedy is to design the cluster with higher RPM HDDs that can sustain higher random I/O performance.