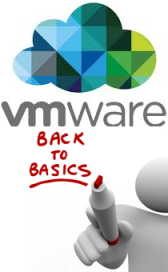 Profile-Driven Storage is a feature in vSphere 5 that lets users to intelligently provision applications, mapping VMs to storage levels according to service levels, availability, performance needs or cost.

VMware HA feature will restart the Virtual Machines from one ESXi to another when there is a failure occurred. Important point – HA will not use vMotion feature and outage is required for the VM’s to restart on another ESXi host in the Cluster. It allows virtual machines to be restarted on other available servers

VMware vSphere Fault Tolerance (FT) provides continuous availability for applications (with up to 4 virtual CPUs) in the event of server failures by creating a live shadow instance of a virtual machine that is always up-to-date with the primary virtual machine. In the event of a hardware outage, vSphere FT automatically triggers failover—ensuring zero downtime and preventing data loss.
Virtual SAN (VSAN):