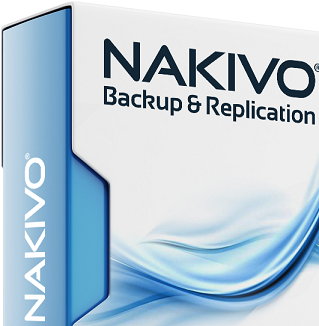 Backup strategy with Hybrid Cloud is tricky and vendors are coming with nice options to reduce the challenges. I got the update from NAKIVO team about the upcoming NAKIVO Backup & Replication v7 which provides support for Hyper-V backup and replication. So NAKIVO v7 will provide an all-in-one backup/replication/DR for Hyper-V, VMware, and AWS EC2 which covers decent amount of use cases and hoping this list will grow in future. The product includes backup deduplication, backup copy, backup verification, instant recovery, network acceleration, as well as intuitive web interface. NAKIVO Backup & Replication simplifies and automates Hyper-V backup, and provides a variety of recovery options, should you need to get your data or an entire VM back. With NAKIVO Backup & Replication, advanced built-in features work behind the scenes to reduce backup time, save storage space, ensure data recoverability, and speed up recovery time, letting you concentrate on your tasks and goals rather than forcing you to babysit backups.

NAKIVO Backup & Replication v7 comes with great features that improve VM backup and recovery, simplify VM backup management, and speed up VM backup and recovery. NAKIVO Backup & Replication features an intuitive (and responsive) web interface, which you can access at any time and from anywhere. At the same time, the product is designed to support large and distributed environments so it can easily scale out with your business both in one datacenter and across multiple, geographically distributed locations

NAKIVO Backup & Replication v7 adds support for Microsoft Hyper-V 2016 and 2012! Out of the box, v7 provides image-based, application-aware, and forever-incremental Hyper-V backup. This means that Hyper-V backups will capture all your data, ensure the consistency of applications and databases, and will transfer only changes to the backup repository after the initial full backup. To save storage space, all your backups are automatically compressed and deduplicated across entire backup repository, even if you use the same repository to store Hyper-V, VMware, and AWS EC2 backups.

Once Hyper-V backups are created, you can easily set up backup copy jobs and send backup copies offsite as well as to AWS and Azure clouds. This way, your data will be safe even if your primary backups are wiped by a disaster or corrupted by a hardware failure or ransomware. Should you need to get your data back, you can instantly recover files, Exchange objects, and Active Directory objects directly from compressed and deduplicated Hyper-V backups. You can also restore an entire Hyper-V VM back to the same or to a new host in just a few clicks.

NAKIVO Backup & Replication v7 can create and maintain identical copies of Hyper-V VMs on a target server. The copies (called VM replicas) remain in the powered off state and do not consume any resources, yet you can power them on at any moment for near-instant disaster recovery. Just as Hyper-V backups, the replicas are image-based, application-aware, and forever-incremental.

The swap file is used by an OS as a RAM extension – it serves as a temporary storage for data that is not currently used by RAM. The contents of the swap file change constantly, so each time you back up a VMware or Hyper-V VM, the swap file is included in the backup. Since the swap file can automatically grow up to 3X the size of RAM, this means that gigabytes of unnecessary data are processed, transferred, and stored in the backup repository each time you back up a VM. NAKIVO Backup & Replication v7 automatically skips the swap file in VMware and Hyper-V VMs, which speeds up data transfer and saves storage space in a backup repository.