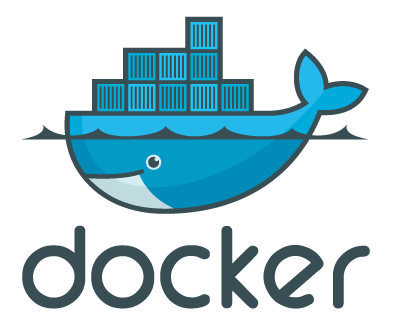 VMware announced new products this year “VMware Tanzu” which is the platform that will manage ALL their Kubernetes clusters—across vSphere, VMware PKS, public clouds, managed services, packaged distributions or even DIY—from a single point of control. This sets the direction towards the Nex-Gen Applications written using Micro Services and Infrastructure is no more a blocker for the developers. Many companies tried to automate the VM provisioning for the developers with vRA or any other solutions but now it’s time to deliver the Kubernetes ready to provision Infrastructure but not the VM’s anymore. I remember the old days to work with the storage team which is now vanished with HCI (Hyper-Converged Infrastructure) implementation. It’s always good to know the basic concepts of new technologies and docker is the core technology on which Kubernetes orchestration became popular. Today let’s spend some time understanding the Docker networking concepts.

Please find the analogy which I created for the Docker networking session delivered for my team. We can’t do any magic without the physical layer but there is overlay magic (VXLAN or GENEVE) which helps to establish the connectivity between the docker nodes (Node can be a VM or Physical server or any cloud instance). In this example, we are going to cover all the networking concepts required to allow the Containers (yellow) to communicate with each other and also with existing VLAN’s/outside world. VMware developed the compute stack and later storage (VSAN) and Network (NSX-v & NSX-T). Similarly, Docker focused to develop compute stack but later developed a nice plugin-based Network stack for easy deployments. 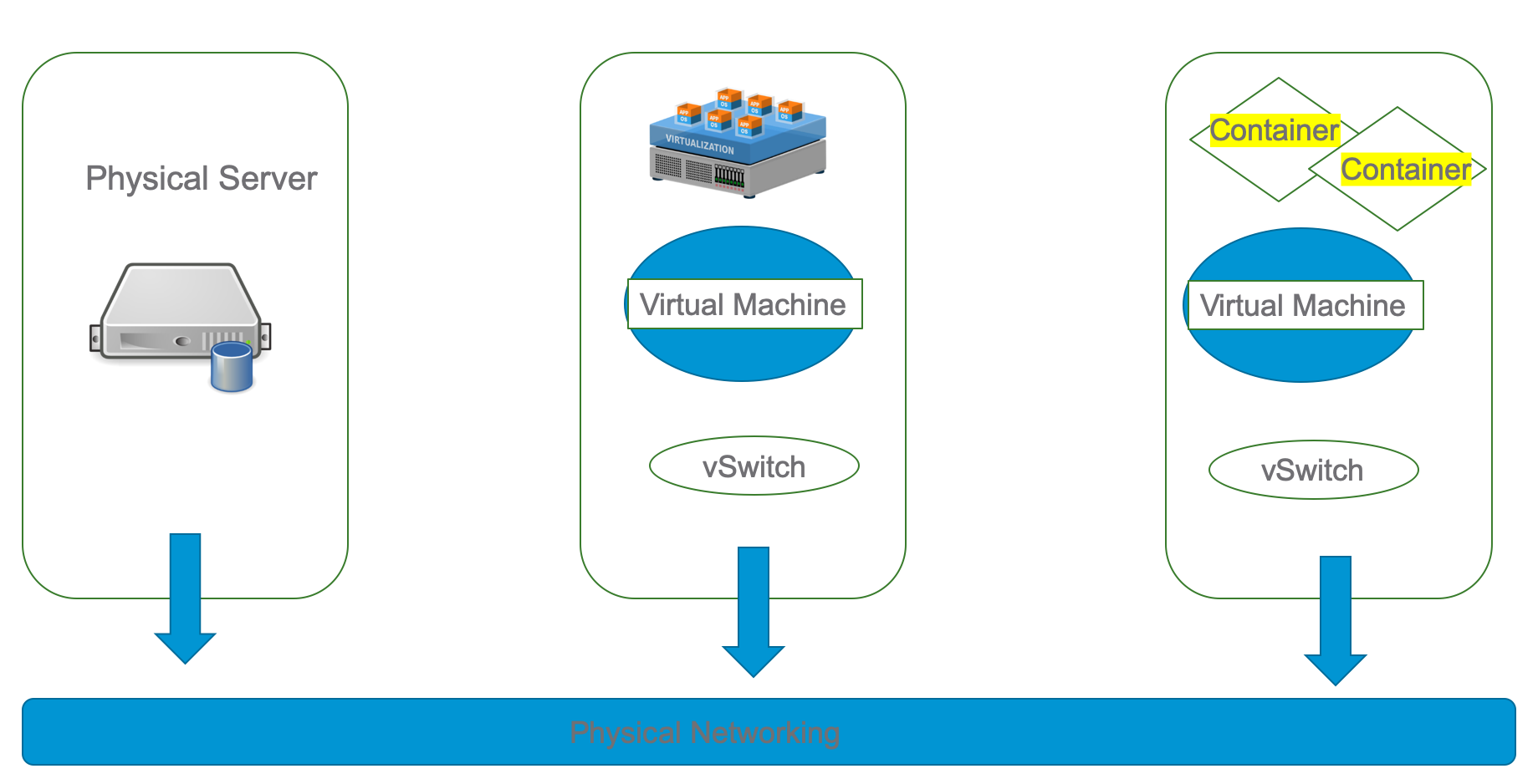 Docker refers to the CNM (Container Network Model) and Kubernetes refer to CNI (Container Network Interface) with more network enhancements. Libnetwork is the code behind the networking magic and Drivers like Overlay, MACVLAN, IPVLAN & Bridge are native with Docker installation. At a high level, we can classify Docker networking into three sections.

Containers connected to the default bridge network can communicate with each other by IP address. Docker does not support automatic service discovery on the default bridge network. If you want containers to be able to resolve IP addresses by a container name, you should use user-defined networks instead. From inside the container, use the ping command to test the network connection to the IP address of the other container as shown in the below example. 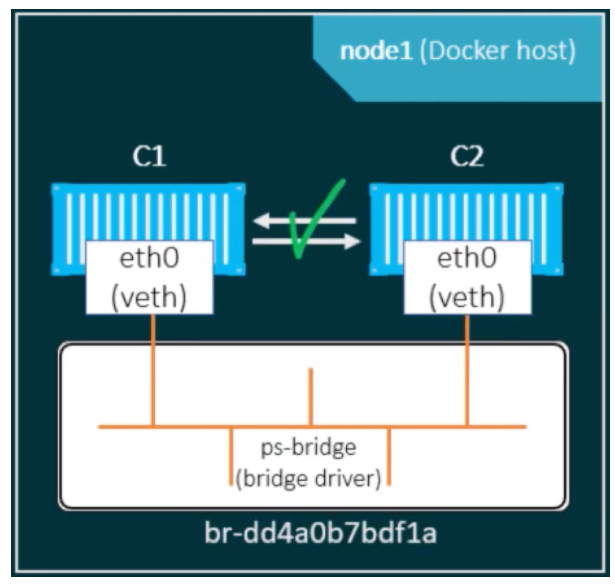 Overlay driver is going to help us to create the networks between the nodes and swarm mode is the key term for using it. We can cover the swarm service networks in this section as user-defined networks can cover the different models with the swarm.

The following three network concepts are important to swarm services and followed by an overlay network example: 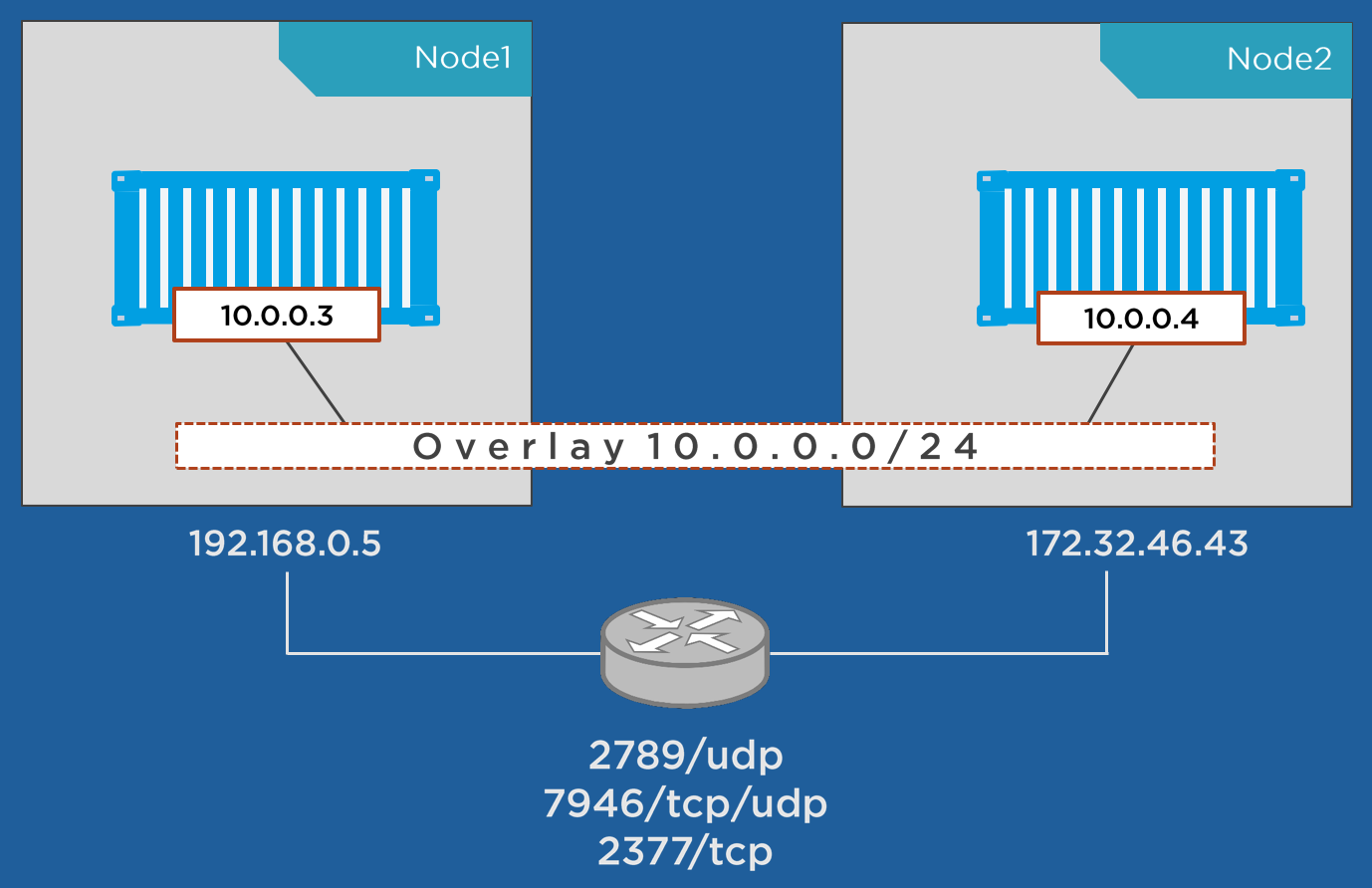 It is recommended to use user-defined bridge networks to control which containers can communicate with each other, and also enable automatic DNS resolution of container names to IP addresses. Docker provides default network drivers for creating these networks. You can create a new bridge network, overlay network or MACVLAN network. You can also create a network plugin or remote network for complete customization and control. You can create as many networks as you need, and you can connect a container to zero or more of these networks at any given time. In addition, you can connect and disconnect running containers from networks without restarting the container. When a container is connected to multiple networks, its external connectivity is provided via the first non-internal network, in lexical order.

A bridge network is the most common type of network used in Docker. Bridge networks are similar to the default bridge network, but add some new features and remove some old abilities. A bridge network is useful in cases where you want to run a relatively small network on a single host. You can, however, create significantly larger networks by creating an overlay network.

The docker_gwbridge is a local bridge network which is automatically created by Docker in two different circumstances:

There are multiple ways to create the Docker networks but based on the use case and customer requirements, we need to choose the appropriate model. We can’t separate the swarm mode from the highly available applications and user-defined networks are handy to meet the customer networking requirements. Please feel to refer to the docker official page about the docker networking.