vRealize Automation 7.0 has been announced during VMworld Barcelona 2015. It’s the core part of the SDDC. vRA is in the middle of the stack between virtualized infrastructure and the end user applications. It gives an opportunity to have self-provision infrastructure with apps, spanned across multiple hypervisors, multiple types of clouds.

Architecture changes – there is fewer services to deploy and fewer VA’s to manage with fewer external dependencies. All services are automatically clustered when deployed in HA configuration.

To deploy HA architecture now only 2 appliances are necessary, but the installer starts with single OVA. Then you have a choice between simple install or Enterprise install (for setting up 2 HA instances – fully distributed install).

The wizard detects available hosts and allows to chose and assign different roles… (note that the machine discovery needs management agent to be pre-installed). There is also a standalone pre-req checker available.

On the left you chose the category, and within the category you chose what you’ll drag on the the canvas.. App services which has been separate appliance, is now incorporated into the blueprint designer. 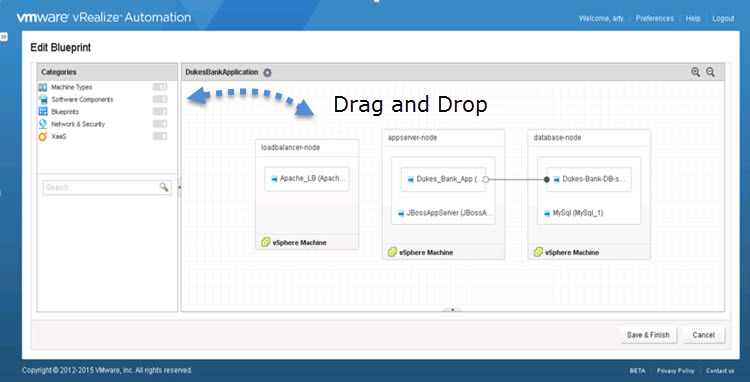 It’s possible to export or import the blueprints too!

It’s possible to built a nested blueprints! Let’s say you build a blueprint. Save it, make it available, and then consume this blueprint into the canvas to use it. 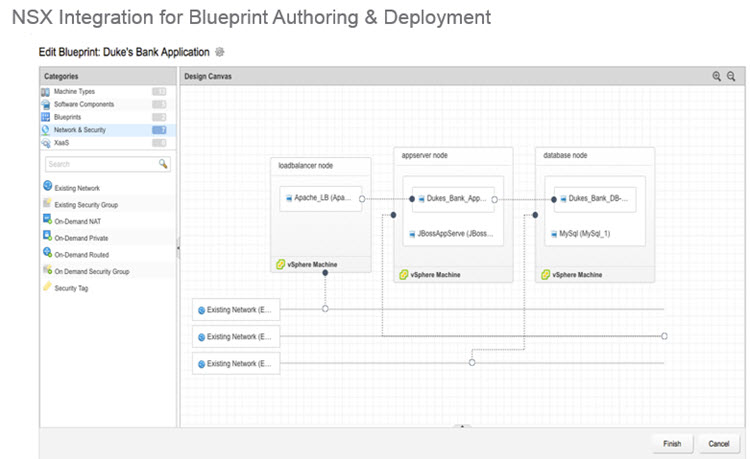 NSX consuming is simpler by drag and drop and especially having the possibility to see the view of what’s built.

Event broker it looks for events in the event box, an a trigger. 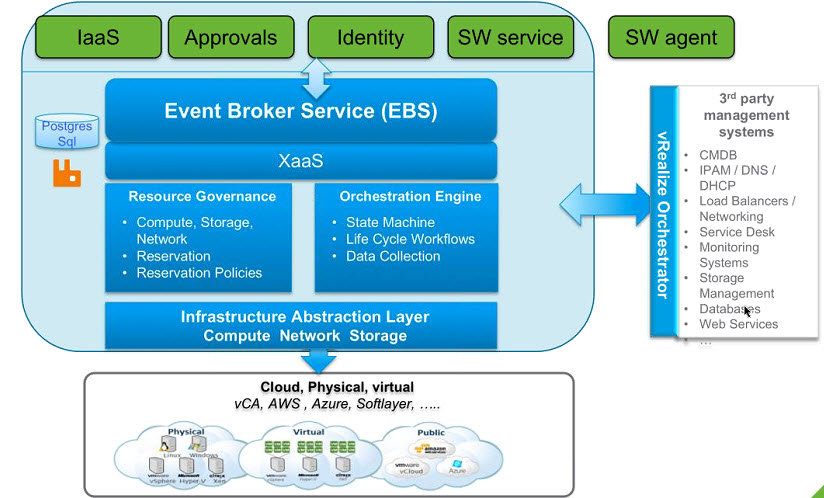