Another fling released by VMware R&D team for NSX and who knows, it may become a feature in next version 🙂 and here are the details about this FLING. NSX is a very powerful network virtualization platform that allows the users to spin up large scale complex networks within seconds. For new users, the inventory-based interface that NSX exposes might be a little overwhelming. To ease the network creation process and the workloads’ attachment to such networks we present ‘Autopology’ – a graphical interface aimed to complement NSX and simplify workflows for customers and people stepping into the realm of virtual networking. Currently it only supports NSX-T(ransformers), so it’s not for everyone. I have high hopes that this is just the first step and that it will eventually land in the native NSX interface. Autopology requires the server component to be installed on a Linux machine in your datacenter and you can design / deploy the topologies using the Autopology’s web interface which connects to the Autopology server.

2) Install the package on Ubuntu 16.04 machine using the command 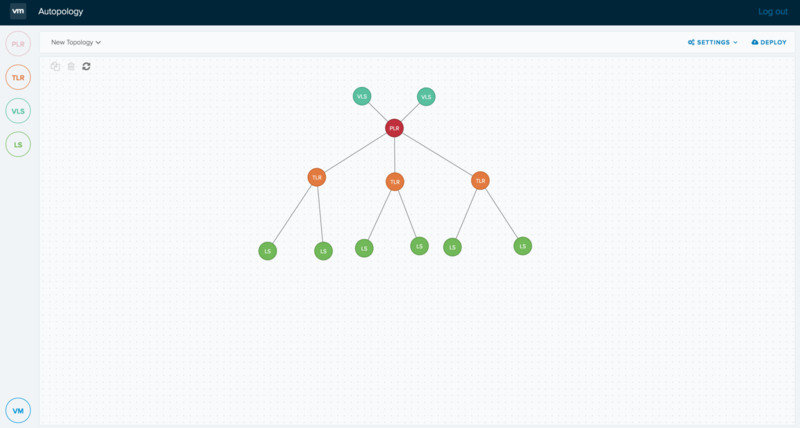